A group of dedicated residents of Eastville have been busy recently, transforming the former Eastville Library into a new community space for all: The Old Library.

The project was started last year by local residents, Emily Shimell, Debbora Hall and David Walwin on hearing the news last year that Eastville Library was to close in March 2016, devastating many local residents.

While organising the events the group had realised that there was a real need for expanding community activities and get-togethers in the area and that South Purdown Green Space and Eastville Library were both under threat.

Following the announcement that Eastville Library would be closed in March 2016, they felt very strongly that the building should be saved and decided to try to make it into a community space.

Built in 1950, the library had been a vital community facility and social hub to many local residents of all ages for many years. The library was used by many local parents of young children, not only to borrow books but for the regular storytime and stay and play groups held there.

Elderly residents and those with reduced mobility were also affected as this was the only community building they could access easily as there is nothing else within a one mile radius of the library and many of them met there every Friday for a coffee morning.

Plus, Eastville Library was the only place nearby for people to access computers and printers who didn’t have them at home.

“I was so upset and angry at the announcement that Eastville Library was the only library to close in Bristol. Personally, I felt we had to step in and try to save the building for community use. Emily felt the same and we set about trying to make it happen.”

Emily, David and Deborra decided that the space could be entirely voluntarily run so as to keep costs low and also increase community ownership of it. They drew up a plan, working out how much it would cost to run as well as how the costs of running the space could be met.

Emily then wrote an Expression of Interest for a community asset transfer of the building to the group and drew up some 3D models of their ideas for the transformed building. They then went through an interview process with Bristol city Council who thankfully, believed in their vision of the transformed community space and agreed for the project to go forward.

To date, there are now over 100 volunteers from the local community volunteering skills and time such as carpentry, delivering leaflets, bookkeeping, IT, policy, painting and more!

The group has also launched a Crowdfunder Campaign with the aim of raising £20,000 to make the project happen.

The group have also held several ‘Make Days’ whereby volunteers all over Bristol are invited to help the group in their work transforming The Old Library.

I took my little girl to one of the Make Days at The Old Library last week to find out more about the project. The Old Library was a hive of activity with volunteers painting, organising and making.

There are many exciting plans for both inside and outside The Old Library! Inside the library, plans include providing a community café, play area for young children, workshops and activities for all ages, a community-run book swap, plus there will be computers and printers on hand for people to use when needed.

Here are some pictures of the group in action transforming The Old Library:

All of the furniture pictured was donated by local residents, with much of it being donated by The Crown and Sceptre pub in Frome which was being redeveloped. On hearing about the project, the new owner of the pub donated everything that was there, including a glass fronted fridge that will be used in the cafe.

The tables and chairs will be used in the social area of The Old Library, for café use and for people to work on.

There are plans for the beautiful outdoor area which leads onto Purdown including an Edible and Sensory Garden, a children’s natural play area, gardening and other outdoor activities. 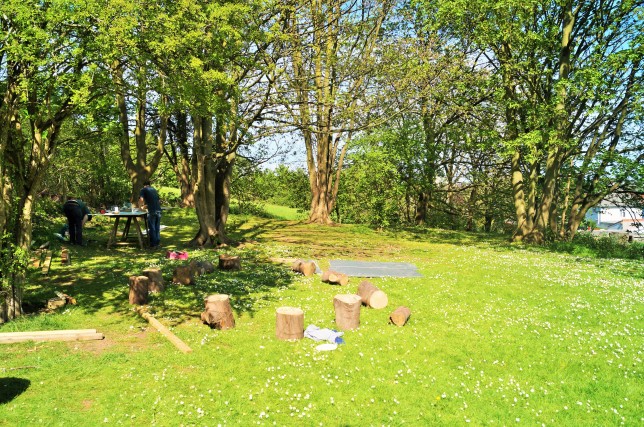 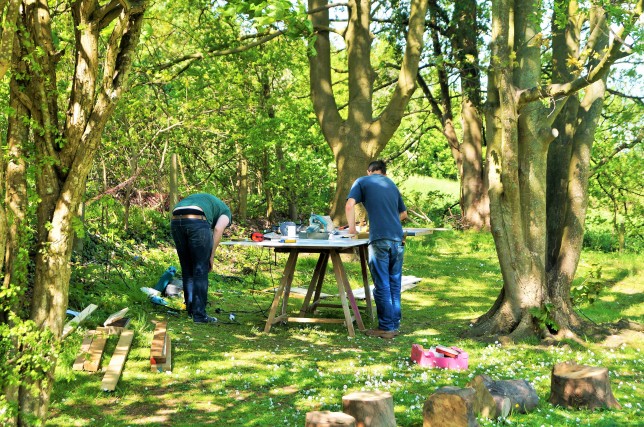 Even younger visitors are welcome to help transform The Old Library! 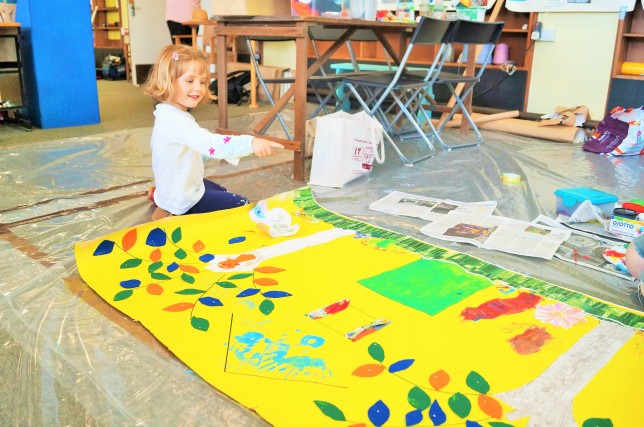 This brilliant community project still needs support, so if you have an hour or more you can offer the organisers, please email southlockleaze@gmail.com.

Help is needed with gardening, decorating, events and activities, arranging books, cleaning and litter picking, IT, café and kitchen, gardening and outdoor activities and much more!

If you would like to donate some money towards The Old Library Crowdfunding campaign, you can so so here.

The transformation of The Old Library is a fantastic idea and will be of huge benefit to the Eastville community.